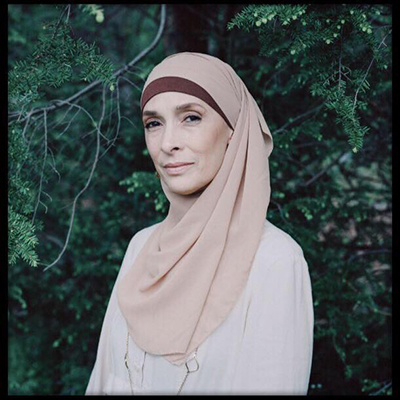 “Abdulaziz is a master at crafting a thriller that is paced by truth.”

Sahar Abdulaziz has authored seven books: But You LOOK Just Fine [Health/non-fiction], As One Door Closes [Contemporary Fiction], The Broken Half [Contemporary Fiction], Secrets That Find Us [Fiction/Thriller/Suspense], Tight Rope [Thriller/Political Fiction], Expendable [Psychological suspense] and her children’s book, The Dino Flu. Abdulaziz’s work covers a wide range of hard-hitting topics: mood disorders [depression, anxiety, PTSD, OCD, PPD], domestic violence and sexual assault, marital and family dysfunction, racism, sexism, and prejudice, but most of all–survivorship. Her multidimensional characters have been described as having “substance and soul.”

Originally from New York, Sahar moved to Pennsylvania in 1993 with her growing family. She holds a Bachelor’s degree in psychology and a Master of Science degree in Health and Wellness Promotion and Administration, as well as a certification in Community Health Administration. In 1995, she received a Certificate in Sexual Assault and Domestic Violence Crisis Intervention Counseling, and shortly after, as a Domestic Violence/Sexual Assault Counselor/Advocate. She volunteered for many years as a hotline worker and counselor/advocate. In 2016, Abdulaziz received an award for Community Written Expression at the Second Annual Monroe County Image Awards and in 2018, nominated for the Rabata, ‘We Are Aisha’ Award in the category Writer/Author. Most recently, she has guest co-hosted for Sistah Chat Radio, WESS 90.3 FM, Gynesis Radio, and is a member of the Pocono Liar’s Writer’s Club. Rep’d by Djarabi Kitabs Publishing.