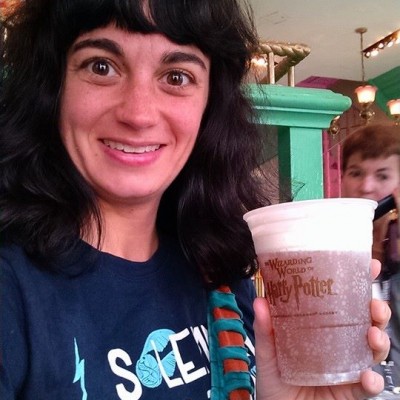 Jackie Sonnenberg grew up in the suburbs of Chicago, where as a teen she first published her short stories on websites and in children’s magazines. Starting in journalism, she got her own Features column in the local paper while still in high school. She graduated Carthage College with a B.A in English and Communications and went on to write for the major Chicago newspapers. While continuing to work as a reporter she published her first three books: Reference topics about business and pet care under Atlantic Publishing. Her first novel is ALL THAT GLITTERS: a Magical Realism/Suspense story about a jewelry thief seeking out a magical item which was published under a local press.

Jackie has always had a place in her heart for Halloween and all things spooky. She is an avid member of the haunt industry and has acted in several haunted houses every fall season, making original characters to go with original costuming. She only grew in this industry when she and some haunt co-worker friends established a year-round company and went on to open interactive attractions in the Wisconsin Dells and Orlando, where they manage both locations. She continues to dabble in the Dark Side, writing her new book collection taking Nursery Rhymes and giving them macabre retellings. Jackie enjoys bringing the scares to life on paper and in real life with plans for original character costuming.

When not working, Jackie and company have no problem going to play at the local Orlando theme parks…