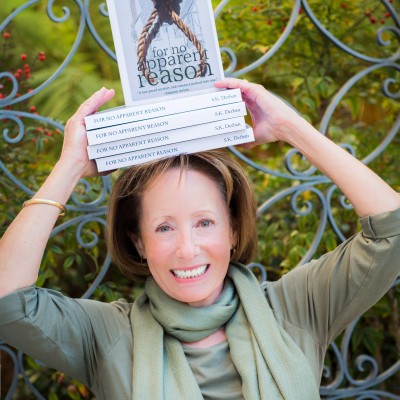 Born in Philadelphia, Pennsylvania, S.K. Derban moved to London within the first three months, and remained in England until the age of five. Her mother, born and raised in the United Kingdom, was involved with the London Royal Ballet Company, and a great fan of the arts. Even after returning to the United States, S.K. Derban’s life was filled with a love of the theatre and a passion for British murder mysteries.  Her personal travel and missionary adventures also help to transport readers virtually across the globe.  S.K. Derban has smuggled Bibles into China on five separate occasions, and has been to Israel on seven missionary trips.  When writing, she relies on all aspects of her life, from a strong faith in the Lord, to her unique combination of professional experience.  The many personal adventures of S.K. Derban are readily apparent as they shine through into her characters.

Books by S.K. Derban
We use cookies to ensure that we give you the best experience on our website. If you continue to use this site we will assume that you are happy with it.OkRead more