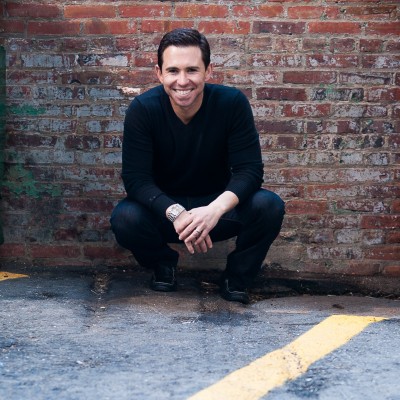 St. Martin’s Press calls Richie Frieman, “A modern day Renaissance man” – an apt description for one of the most diverse and unusual careers in a young man of 35. An author of five books, he’s become one of the youngest best selling and award winning authors in his genres, and one of the most sought after podcasters in the world.

Born in Richmond, Virginia, Frieman was raised in Baltimore, Maryland, and attended The University of Maryland College Park, graduating in 2001 with a degree in Fine Arts. After graduation, Frieman dove head first into a career in the arts, immersing himself in all areas of illustration, painting, graphics, sculpture, and literature. Not content with sticking to one linear career path, Frieman launched an adventurous career, which included stints as a professional artist, author, illustrator, inventor, and even as an eight-year career as a professional wrestler (with the ring name, “The Thrill From Israel” Buster Maccabi where he earned more than a dozen titles in various federations throughout the country).

Given his propensity for music, Frieman launched The Pen’s Eye View an award-winning internet magazine on April 1, 2007. To date, PensEyeView.com has featured over 1,400 consecutive interviews with different artists, musicians, and visionaries from all over the globe – a different one every 48 hours – from emerging artists to Grammy winners. In 2008 Frieman was awarded a Laureate medal at the 2008 Computerworld Honors Program (formerly known as the Smithsonian Award), nominated by the CEOs of Research in Motion (RIM), the creators of BlackBerry, for the work he’s done with PensEyeView.com.  Frieman is one of the youngest recipients of this award and PensEyeView.com is the smallest company to ever win this honor. That same year, Frieman earned the title of one of the 35 Under 35: Finest Young Professionals in Baltimore.

In 2010, Macmillan Publishing tapped Frieman to become Modern Manners Guy – the host of a humorous weekly column and podcast about manners and etiquette on the Quick and Dirty Tips network. With over 7 million podcast downloads in over 200 countries, Frieman’s show is ranked as one of the top educational podcasts on iTunes. Based on the success of Modern Manners Guy, St. Martin’s Press commissioned Frieman to write a book about professional etiquette in the office place. The result is, Reply All… And Other Ways to Tank Your Career which is now available worldwide, on the shelves of all major booksellers, in print, ebook, and audio formats. REPLY ALL… (a best seller) features Frieman’s unique and humorous insight about manners in the work place, along with interviews he conducted with some of the world’s most famous CEOs, entrepreneurs and industry tastemakers, about their own experiences working their way up the corporate ladder. He holds back no punches and always tells it how it should be said.

REPLY ALL… debuted on September 17, 2013 and has since become an Amazon.com BEST SELLER, reaching #1 in three different categories; #1 in Business Etiquette (its main market), #1 in Business Lifestyle and #1 Self-Help & Psychology Humor (even surpassing “Dilbert”, “Anchorman”, “Diary of A Wimpy Kid” and “The Last Lecture”).  Interestingly enough, he’s actually one of the – if not the – youngest person in the manners and etiquette book categories to become a best seller. As well, remains one of the youngest authors overall on Amazon’s Best Seller’s List.

Frieman’s literary success is not just in the world of manners and etiquette. Since becoming a father in 2008, Frieman delved into a career that had been a long time wish and passion for him. He couldn’t find a children’s book that would teach his daughter the important life lessons he wished to impart, so he wrote it himself. The result, Terple – The Sky Is Just The Start, was named a finalist in the Indie Excellence Awards National Book Awards. The follow up in the series, Terple – Always Dream Bigger (Trust Your Cape Publishing, 2012) is the winner of The 2012 Gelett Burgess Children’s Book Award for Best Poetry and Rhyme Book, as well as of the 2012 Children’s Literary Classics for Best First Picture Book/Early Reader. Again, Frieman remains the youngest winner in the award’s history.

Through Terple, Frieman has been invited to do dozens of book signings and readings for charitable organizations such as Cystic Fibrosis, Habitat for Humanity, Karma Dogs, Maryland Food Bank, The Ed Reed Foundation, the Mt. Washington Pediatric Hospital, The Coastal Bays Foundation, Share Our Strength’s No Kid Hungry Campaign, The Helene Marks Early Start Foundation, and the world renowned Kennedy Krieger Children’s Hospital – speaking to children about how they can fulfill their dreams.

Frieman’s latest literary venture is a romance novel, Where The Heart Left Off  based on a true event. Frieman tells the story of two octogenarians who happen to meet in a grocery store over 65 years after they last saw one another. However, the mystery lies in why one person left the other and do they have a second chance?

In 2014, Richie teamed up with a fellow artisan to launch Newfoundland Woods (www.NewfoundlandWoods.com), which is a high end home decor company, featuring products made from 100% salvaged and reclaimed wood, inspired by both land and sea.

Books by Richie Frieman
We use cookies to ensure that we give you the best experience on our website. If you continue to use this site we will assume that you are happy with it.OkRead more