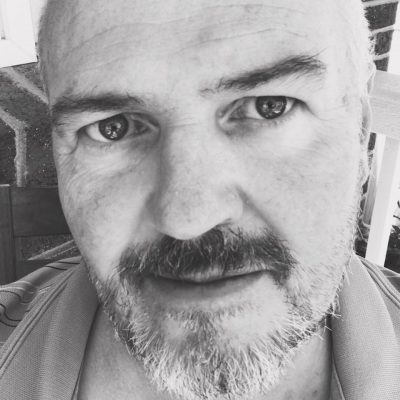 Joseph Paul Haines is an award nominated writer with over seventy published short stories in such magazines as Interzone, Aeon, Abyss & Apex and many more, having received honorable mentions for ten stories in The Year’s Best Science Fiction, edited by Gardner Dozois.  His short story, “Ten With a Flag,” was translated into three languages for foreign publication, garnering a nomination for the Ignotus Award for the best foreign language story from the Spanish Science Fiction Association and included in the John Joseph Adams anthology, “Brave New Worlds,” a collection of the best Dystopian short fiction ever written and including authors such as Neil Gaiman, Phillip K. Dick, Shirley Jackson, Ray Bradbury, Kurt Vonnegut, Jr., Orson Scott Card and others.  He lives in Denver, Colorado with his wife, one bossy dog and four ferocious felines.