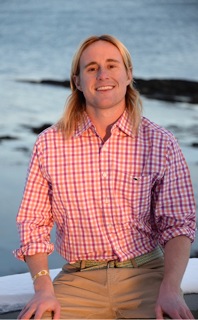 Ian Thomas Malone is an author and a yogi from Greenwich, CT. He is a graduate of Boston College, where he founded The Rock at Boston College. He is the grandson of noted Sherlockian scholar Colonel John Linsenmeyer. Ian has published thousands of articles on diverse subjects such as popular culture, baseball, and social commentary. His favorite things to post on social media are pictures of his golden retriever Georgie and his collection of stuffed animals.

Ian believes firmly that “there’s more to life than books you know, but not much more,” a quote from his hero Morrissey. When he’s not reading, writing, or teaching yoga, he can probably be found in a pool playing water polo. He aspires to move to the Hundred Acre Wood someday, though he hopes it has wi-fi by then.

Books by Ian Thomas Malone
We use cookies to ensure that we give you the best experience on our website. If you continue to use this site we will assume that you are happy with it.OkRead more