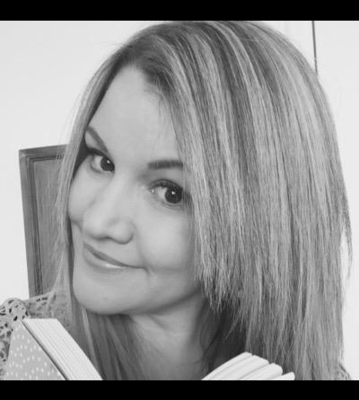 Novelist, movie addict, and animal lover, Cristina Slough is the author of:

Till Death Us Do Part, her debut novel.

Cristina has always been a bookworm, rarely seen without a pen and paper in her hand, she loves delving into a literacy fictional world of her own.

At the age of 11, her junior school teacher told her mother that she would be wasting her life if she didn’t become an author.  Throughout her teenage years and beyond, her parents spurred her on to keep writing.  She later began a career in commercial real estate, working in London’s West End, a corporate bubble where she was unable to fuel her passion to write.

It was on her Californian honeymoon in 2012 that the bug to write was becoming increasingly difficult to ignore. After visiting Yosemite National Park she was inspired by the natural beauty of the land that surrounded her. Holding a special place in her heart, Yosemite would later be written into her debut novel.

She finally gave up the ‘big smoke’ when her son, Lucas, was born in October 2013.

When Lucas was a newborn, Cristina was told to sleep when the baby sleeps.  She never could.  There was a calling inside her to write.  After getting to grips with her new role as a mother, she began working a psychological thriller, but she couldn’t fully connect to the characters she created. She ditched the manuscript and started Till Death Us Do Part(Limitless Publishing, 2015).

Cristina is married to Adam, who runs a successful business; together they share their Bedfordshire home with their son, crazy white German Shepherd and three spoiled cats.  They can be found trekking through woodlands, or around the many shops Cristina loves to explore.  As a family, they love to travel frequently, the United States being a firm favourite.